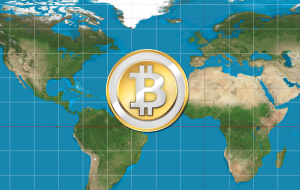 Bitcoin’s spectacular rise in value over the past year (2017) from less than $1,000 per coin to over $10,000 per coin (just this past week) has captured the world’s attention. Despite it’s unprecedented rise in value and growing adoption, many still have little idea as to what Bitcoin is or why it exists.

Briefly, Bitcoin is one of many cryptocurrencies that are digitally “mined” and recorded on a digital ledger known as the blockchain. The blockchain also keeps a record of the movement of bitcoin from one owner to another, and all transactions are secured using cryptography without the need for government oversight. The ability to transfer money without the use of a bank (and without bank fees), and without any oversight or control from national governments, is seen by its proponents as one of Bitcoin’s greatest advantages. Although the adoption of Bitcoin as currency in day-to-day transactions is still in its early stages, the rapid growth in the value of Bitcoin suggests that it has already become an important store of value much like gold. Bitcoin’s performance since its inception in 2009 has dwarfed the return on nearly all other investments. Much of its rise in value is due to its built-in scarcity: there will only ever be 21 million bitcoins, of which nearly 80% have already been mined.

While Bitcoin is a decentralized currency, and can be bought and traded from anywhere with an internet connection, it most certainly still has an uneven geographic presence. In this investigation, we attempt to locate “Bitcoin hotspots” by mapping 1) venture capital investment in Bitcoin start-up firms and 2) the number and density of businesses that are currently accepting Bitcoin as a method of payment. An important caveat is that the adoption of Bitcoin is moving forward at a break-neck pace, so any data we present here may be outdated within a fairly short period of time. So consider this a snapshot of Bitcoin along these dimensions as of late 2017.

Using data from Angel.co, we have mapped (below) the location and amount of venture capital dollars raised by bitcoin/cryptocurrency firms. We only included those firms with $100,000 dollars or more of raised venture capital as of November 2017. This included a total of 118 firms, 71 (60 percent) of which were located in the United States. Combined, the 118 firms had raised $1.75 billion, of which $1.1 billion could be accounted for by one company: Coinbase, located in San Francisco.

Not surprisingly, The San Francisco/Silicon Valley/San Jose area in California, home to hundreds of major tech companies like Google, Intel, and Facebook, represented the most significant cluster of bitcoin start-ups in the world. A total of 27 companies with $1.32 billion of venture capital were located in this region. The New York City area was home to the second most significant cluster of bitcoin firms with 13 companies and $121 million of venture capital raised. Switzerland also stood out as a significant player with over $100 in venture capital raised, almost entirely by one company: Status.

Zooming out and looking at the geography of bitcoin start-ups at global level shows that very limited activity is occurring outside these North American and European hotspots. The entire continents of Africa, South America, and Australia only account for three companies and $9,500,000 in venture capital. The dominance of North America and Europe is the formation and financing of bitcoin firms is, of course, not surprising given that these two areas have ample capital, technical expertise, and ubiquitous internet connectivity. What is more surprising is the lack of activity in Japan, though it may be that the region is under-represented in this particular dataset.

Next let’s take a look at the location and density of businesses that accept bitcoin as a form of payment. Here we used an API to collect data from Coinmap.org, and aggregated businesses to the nearest city of 10,000 or more in population if they fell within a 50 kilometer radius. This left out a number of ‘rural’ businesses but captured the majority.

We can see from the map below that the two major hotspots of bitcoin adoption are again North America and Europe. However, there are other easily identifiable clusters such as the east coast of South America, parts of east Asia, and Australia. The New York area had the highest number of bitcoin-accepting establishments with 366 total (including 180 in Brooklyn alone), followed by closely by San-Francisco-Oakland with 354 establishments, and Newark with 178 (which could be included with New York). Outside the U.S., Buenos Aires, Prague, and London had the most establishments.

Zooming in on Europe, we can see that hotspots exist within this region, particularly around the Netherlands, Switzerland, and major cities such as London, Prague, Madrid, and Paris.

While the above analysis provides some sense of bitcoin adoption, larger cities are bound to have more businesses overall, and thus will also have a greater number of businesses that accept bitcoin as a form of payment. Therefore, we divided the number of establishments by city population to provide a per capita estimate. This should provide a more accurate way of comparing adoption across cities and regions.

Looking at the map below we can see that examining the data on a per capita basis reveals a more stark geography in which the density of businesses that accept bitcoin are even more concentrated in a limited number of cities in the U.S. and Europe. Brooklyn, NY tops the charts here, with 1,630 establishments per 100,000 people (or one establishment per 61 people). This may be slightly misleading, however, as “establishments” in this dataset also include bitcoin ATMs. The next highest density of bitcoin-accepting establishments can be found in Miami, FL (705), followed by Schwyz, Switzerland (494), Portland, OR (404), and Austin, TX (358).

Focusing in on Europe again, we can see just how dominate Switzerland is in terms of the density of bitcoin-accepting establishments. In fact, 9 of the top 20 cities by this measure are located in Switzerland. There is no doubt that this central European country is a hotspot of bitcoin activity. This may be due in part to the fact that Switzerland has historically been a major center for banking, and thus has the infrastructure and knowledge base to more effectively support this new currency.

In the United States, New York, Miami, Portland, Austin, Dallas, and Cleveland appear to be dominate at the moment in terms of bitcoin adoption. This makes sense for Portland, which tends to be more liberal, with a large proportion of young professionals that are perhaps more likely to learn about and use bitcoin. This is true of New York City as well, which is also a major financial center and hotspot of bitcoin start-up firms. Miami has a large immigrant population, and it’s expected that bitcoin will grow as a means of transferring remittance funds from the U.S. to immigrants’ home countries.

Admittedly, our analysis here of bitcoin start-up firms and bitcoin-accepting establishments do not paint the full picture of bitcoin’s complex and ever-changing geography. A dataset on bitcoin trading (where it is being bought and sold), for example, would be serve as a great addition to the two facets of bitcoin adoption that we’ve explored here.